We will restore microflora faster than NO-TILL – Био-гель

We will restore microflora faster than NO-TILL

It is well known that soil fertility depends on the amount of humus and the presence of living microflora, i.e. macro and microbiota.

“Humus in soils is lost!” Such statement can be heard today from many agronomists, including scientists. At the same time the official science states that the loss of humus (even if we disregard its natural replenishment) amounts to no more than 3% over 10 years. This means that the humus composition of soil practically is not destroyed and will last for tens or hundreds of years!

Another thing is soil organisms, i.e. its macro- and microbiota. It is easy to kill it in one or two years time with widely used chemicals. The process is sped up by improperly selected agrotechnology, lack of crop rotations, global warming and overwetting, etc.

Is it possible to restore the lost fertility? BIO-GEL® company says YES introducing the microbiota of healthy soils into poor ones without discriminating between “beneficial” and “useless” microbiota, contrary to what eminent scientist are used to do now. Drawing an analogy with a human, it should be noted that only recently have people learnt to introduce the intestinal microflora of a healthy person into a patient, as a result of which the patient comes alive in a matter of days! “Wild”, or native microflora improves soil water retention, in the first place, due to its improved capillarity. Secondly, due to their high cellulose and lignin activity bacteria promote the conversion of soils which are organically unavailable to plants into their available forms. By analogy with the no-till technology (literally “without tillage”) which is aimed at preserving natural macro- and microorganisms we can state with certain reservations that the new approach “Osipenko Technology”® named after its inventor can ensure no-till in a short time and without great investments.

Natural bacteria can be introduced by seed inoculation, by spraying plants, by irrigation or fertigation. They can be applied to the soil surface without plowing or even disking and ensure a positive result! Flowing down plant leaves this new product named BIO-GEL® gets on the soil surface, quickly penetrates inside it and restores natural microbiota activity. 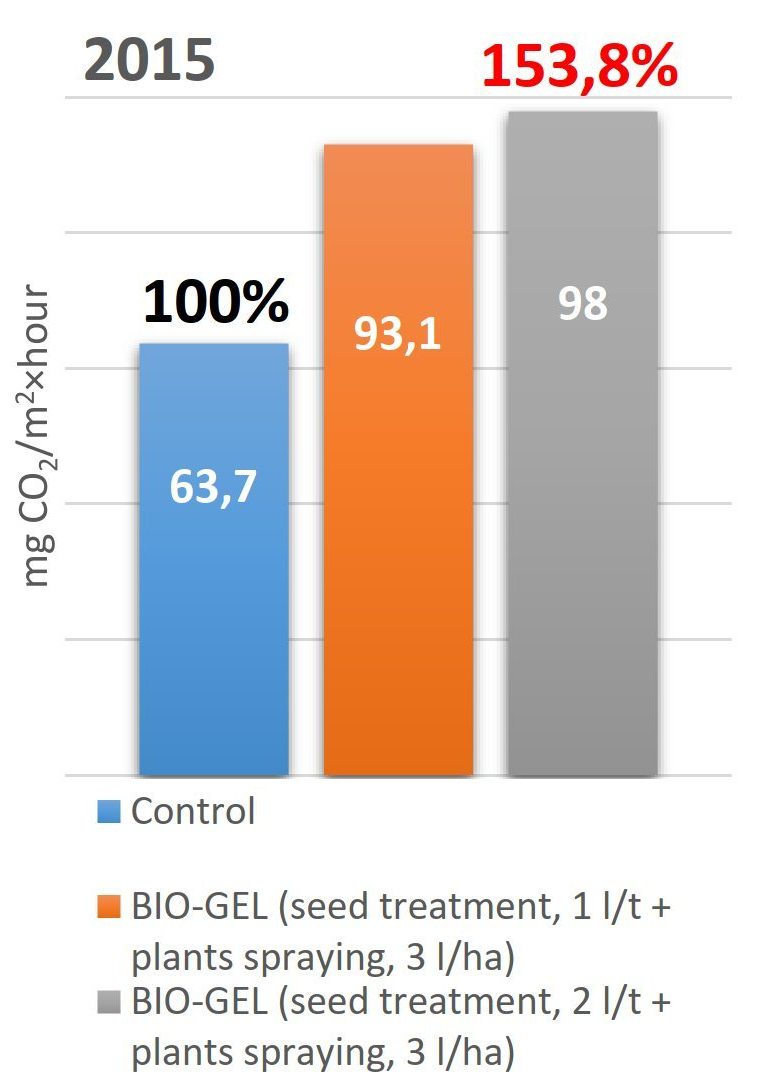 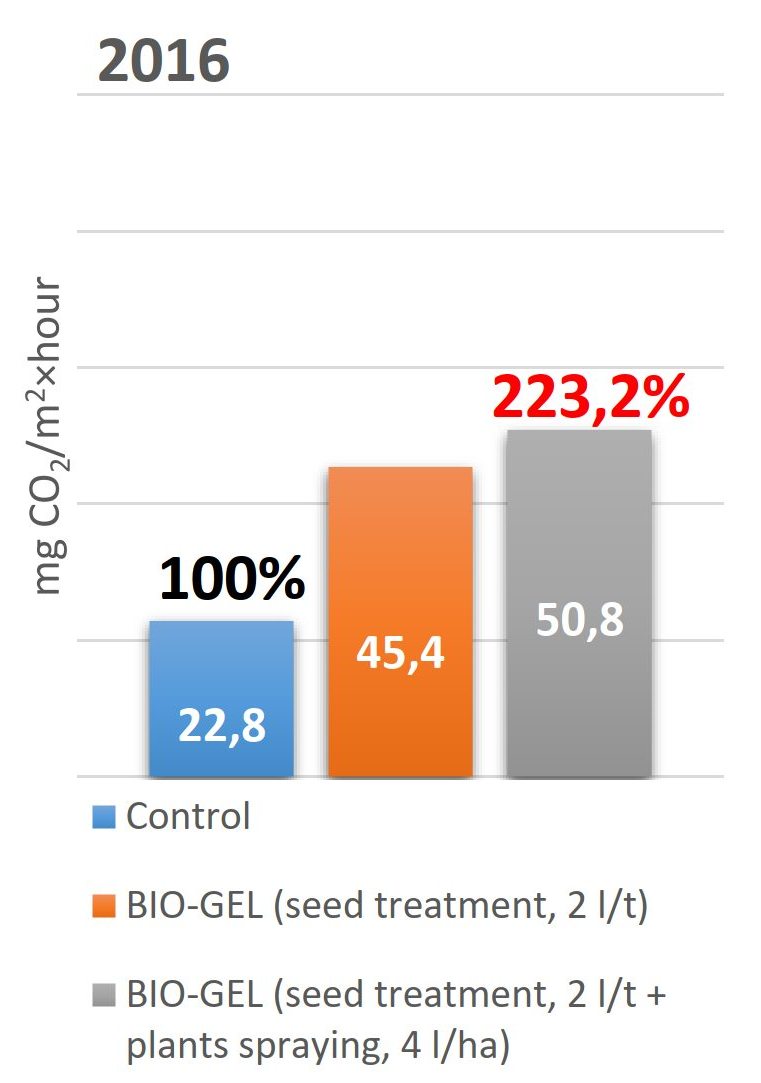 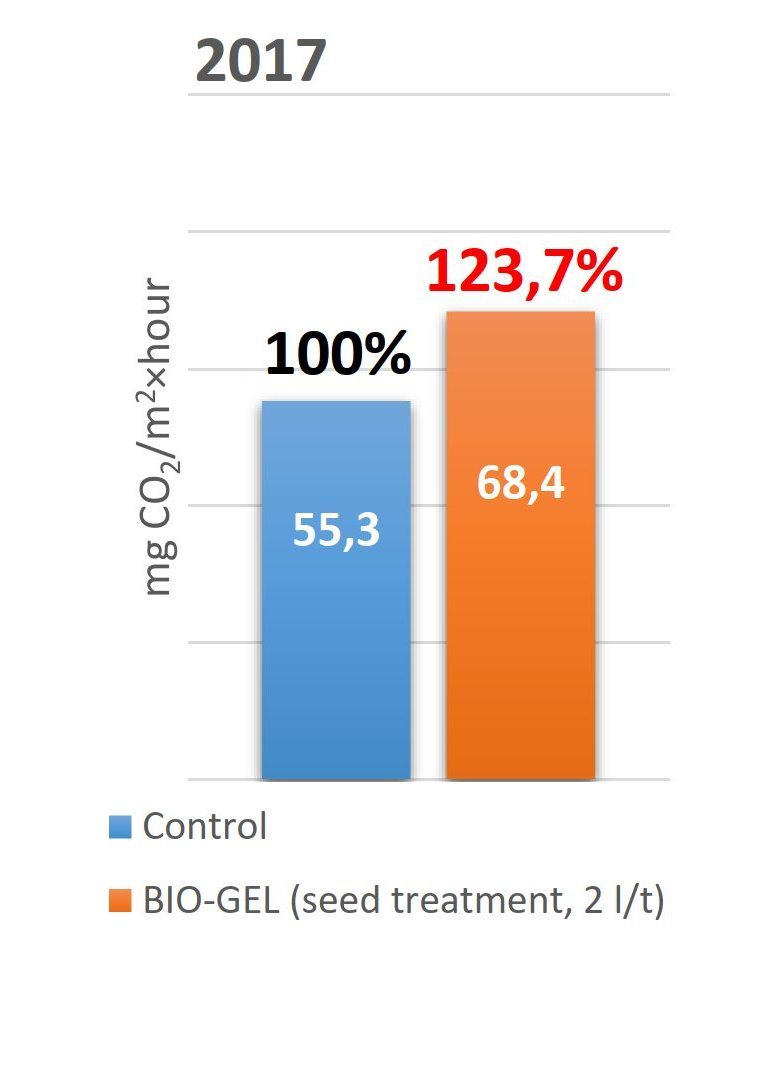 The new technology effectiveness has been confirmed by its industrial implementation on large-scale fields of big farms where each money unit invested brought about tenfold monetary profit. 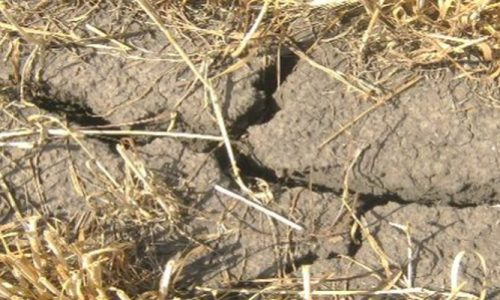 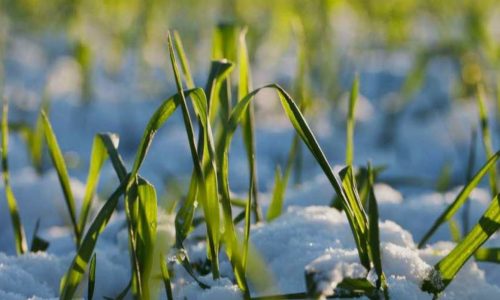 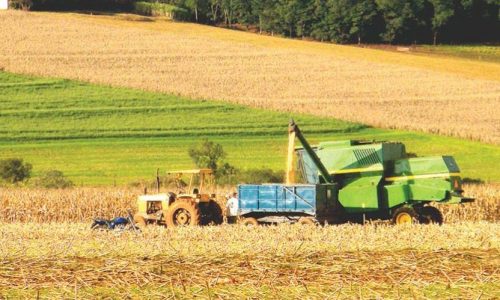 Biologization of agrarian production as a true way to organic agriculture